Hi! This blog will outline my journey, thoughts, comparisons, rants, raves, and otherwise bloggy like material on my switch from a Windows based PC to an iMac at work.

See The Beginning to get started.

Application UI on the Mac is interesting. The goal for most application UI appears to be minimalist approaches. For many apps there are not any tool bars .. just a title bar and the app. Everything is controlled through the standard mac menu bar at the top of the screen ... or through shortcuts.

The little button in the top right helps to minimize any menu bars down further which in turn create more space on the screen. I kind of slammed this in an earlier post a few days ago but then I thought ... maybe that makes sense.

I have since gone through and minimized most of my apps to just a title bar. I have found that I use the menu bars far less than I thought. It seems once I get all the settings the way I want it then I don't mess with most of the available options. I also tend to know short-cuts for many common functions.

Obviously, applications such as MS Office are an exception.

However, there are some UI elements that are just bizarre (we will ignore the atrocity of Mac:Office). Some apps have multiple toolbars controlled by these weird text bubble icons. They kind of remind me of the MS Office 2007 ribbon ... but more poorly done.

Also the green plus acts strange. Sometimes it maximizes the window to the full screen but sometimes it just makes the window bigger. Hitting it again shrinks the app to only visible content. This again seems like a screen saving measure.

Suffice to say .. the conclusion is that apps and the Mac in general is intended to take a minimalist approach to everything. Show only what you need and keep the content relevant. This actually makes some sense. However, I have found it frustrating when I can't find what I am looking for ... since it is hidden in some menu somewhere ... wait that sounds like Windows apps also .. haha.

Apps are formatted much like all of OSX with the ugly grey everywhere. I still think Aero is much more engaging and beautiful experience.
Posted by -B! at 3:34 PM No comments:

I think that Google should have a 'throwback' version of Android and call it Apple Crumble. Maybe some kind of anniversary edition. Anyway ... aside from that I finally killed the Mac today.

Being the mac newb that I am ... I didn't know what ctrl-alt-del equivalent on the Mac was so I eventually just hard powered it down. It was sad.

Final uptime was about 27 days for the machine. Not too shabby.

I hope not to have too many more of those. My music collection has lyrics in most of the songs. I have been using iTunes on the Mac but really missed the ability to see my lyrics like in my Windows based players.

Then lo and behold ... direct from the Apple site are iTunes plugins to display lyrics in a myriad of ways. Actually ... they seem more like little apps that run in conjunction with iTunes and less of what I would call a 'plugin'. Either way ... yay!

I noticed that Apple has lots of little apps, plugins, widgets/gadgets, enhancements on the apple.com site. however, the interface for reviewing and learning about these are terrible. The site is pretty awful. I found many things with broken links, non-updated, terrible UI, etc...

My guess is that Apple hopes to remedy that with the Mac app store. In the mean time I am happy to have lyrics display on the Mac!
Posted by -B! at 8:01 AM No comments:

Alright. So what about apps?

This is a follow-up to the to my last post about the OSX registry ... errm or lack thereof. Apps are really easy to install. You open an archive and drag it to your applications folder and begin using. It is really easy.

It seemed to easy at first. I kept waiting for an install wizard to pop up .. Read my EULA and hit next next next finish ... watch some bars move across the screen and possibly a reboot before I could begin using my app. Instead I just dragged some icon to a folder and begin using... this still feels odd.

It goes beyond that experience though. I have not had to reboot for any app installation (except for a large system update by Apple).

Deleting apps is the same way. I select the app and move it to my trash .. boom it is gone. No add/remove programs, registry cleanup, uninstall wizard ... and no reboot!!

Now apple is talking about having an App store similar to that of their iPhone. I actually like this idea ... so long as they don't make this the only place to get apps.

I think the combination of an app store along with the ability to install from disc/web at any time is a great idea. The app store has many advantages:
There are some outstanding questions such as license use on other machines or even across platforms. For example, can I buy an app and use it on my phone and computer?

I have said for a long time that I feel like MS should have leveraged their auto-update systems in Vista/Win7 for the same purposes. How amazing would it be for developers to register their apps with MS and then all products on machine get updates through a single repository instead of every app bugging me for updates.
Posted by -B! at 11:37 AM No comments:

Alright ... so I went searching for the OSX registry recently .. I was just curious. So ... at this point Windows users have a headache from the word and OSX users are laughing. There is no registry on a Mac. WTF? Huh? Where is everything stored and how?

Honestly, I still need to learn more about the OSX files system, OS etc.. But from what I can gather everything is stored withing archived packages .. sorta. When you install an app you just open the .dmg (what the hell is that? damaged file?) .. then you drag it to your 'applications folder' and it just runs. All settings are stored within itself. 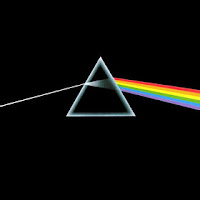 However, it seems some apps do integrate more fully into the OSX environment. Again .. I am not sure how all this really works. If anyone has links they want to share then that would be cool.

But .. what does this mean? No registry cleaners, rootkits, registry malware, registry slowdown, bad settings, or all the other registry nightmares you can imagine. I think life without a registry is money!